A lot of the time, startups don’t actually need to raise a lot of money - Nisa Leung.

As part of my coursework at the Sobey School of Business - Saint Mary’s University, Halifax - I happened to play an active role in the student-led venture capital fund - Venture Grade (an initiative led by Dr Ellen Farrell). During that time, I had the opportunity to work with the other associates listening to the pitches mainly from startup founders from the Atlantic Canada region. Those startup founders were actually trying to raise some capital to support their growth initiatives.

I also happened to travel to San Francisco along with my cohort members - Ross Arsenault (he is the c0-founder of Ashored Innovations - and he & his team are developing sustainability-enabling technologies for the commercial fishing industry) & Stuart Clow (currently working as a Advanced Analytics Advisor with Bell Canada) to participate in the Venture Capital Investment Competition 2019.

During the course of 3 days - we had an opportunity to study 5 different startups based in silicon valley. We spent our time - understanding the business models, understanding the market opportunity, their potential for future growth and their constant need to raise new capital from the word go!

Later on back in Halifax, as part of the Team Venture Grade - two of the prominent startups at that time that I remember very well and took an active part in carrying out due diligence and preparing investment memos were - CribCut (now known as Bright) and TripNinja (was acquired by Webjet Limited).

Personally, it was a great learning experience for me as I could learn about the nitty gritty’s of how the venture capital world works - and what all goes into raising capital for startups although at a macro level. While most of the time, the startups I had the opportunity to learn about were pursuing some great ideas and some were innovative on their own merit.

Startups go in the direction of raising new capital with the hope that the startup idea will eventually get to a point of exponential growth. In that process, they end up raising a whole lot of money then they would actually need to drive their startups. One classic example is the audio conference mobile app - Clubhouse.

Like many others - I was also intrigued at that time to join in along with all the other enthusiasts - I also participated and won in a clubhouse invite contest. But I never actually went on to join the platform. For starters, Clubhouse came across as a great and innovative idea during the earlier days of the pandemic - and I see that they also raised over $110 Million in over 5 rounds to date. But off late, they seem to have lost steam and there is not so much buzz around the “Clubhouse”

On that note, I was reading about this amazing company from India - Zoho Corp (founded by Mr Sridhar Vembu). Zoho is a product development company building frontend and backend business software from businesses across the world. I realized that the company - Zoho Corp turned into a unicorn (companies with a valuation of $1 Billion and over).

Building a company on our own terms without the actual need for any external capital will indeed be a great privilege and that too as a private entity. This is only possible - when the team is united in their vision to build great products - for its customers by growing organically slowly but steadily. You can learn more about Zoho Corp and their success in becoming a unicorn without taking a penny of external investment on the following link: Click Here

It would be great, startup founders are able to build products that can grow organically - it would definitely take a lot of commitment, time and effort to define the vision and take everyone along towards building some great products without the actual need for external funding. As the noted venture capitalist - Nina Leung quoted, a lot of times don’t actually need to raise a lot of money.

I am a product management professional based in Halifax, Canada and I write about technology, innovation, entrepreneurship and business strategy. You can learn more about me at the following link: https://medium.com/@talluri 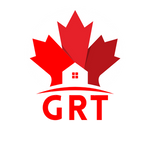